Danny Bakewell, Sr. is an influential developer, businessman and community leader.  He has utilized his unique abilities to bring diverse groups of people together for the common good of their communities, and the nation.  His commitment to self-help, dignity and respect for African Americans has earned him the reputation as “one of the most dynamic leaders in America today”, according to the Los Angeles Times.

As Chairman of the Bakewell Company, one of the largest African American owned development companies in the United States, Mr. Bakewell has headed multi-million-dollar revitalization efforts in the cities of Los Angeles, Compton, Pasadena, and other California communities. The company’s projects include: Compton Towne Center, Compton Renaissance Plaza, Crenshaw/Slauson Shopping Center, Fair Oaks Renaissance Plaza, and an upcoming mixed-use project at Slauson and Wall.

Mr. Bakewell is also a civic leader and philanthropist. He has been at the helm of the Brotherhood Crusade for the past 30 plus years. Under his leadership, it has become the largest African American philanthropic institution in the country.

Join ULI LA as we present a special Luminaries Reception with Danny Bakewell, Sr. In an intimate setting, Mr. Bakewell will reflect on his career and engage in an interactive discussion with attendees.

Curbside valet is available directly in front of the Craft Los Angeles on Constellation Blvd for $12 per car, and self-parking is available directly past the valet in the Century Park parking structure. Self-parking is complimentary at dinner with a Craft validation.
All in-person ULI LA events follow CDC guidelines. We request you be vaccinated and wear a face mask, per your discretion.
Thank you to our host! 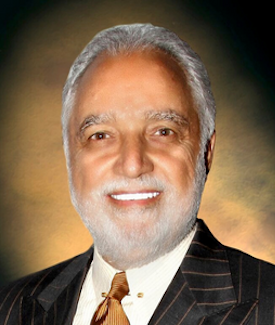 View in Member Directory Will open in a new window