Santa Monica High School Discovery Building Will open in a new window 600 Olympic Blvd Santa Monica, CA 90405 UNITED STATES
Join ULI-LA as we tour the recently completed Discovery Building on the Santa Monica High School Campus, a prime example of an adaptable and resilient building that embodies the principals of Open Building particularly well. The Open Building design allows the Discovery Building to easily change and adapt as the needs of the users and community around it evolves due to social, technological, or other change.
The event will begin with a panel discussion in the cafeteria followed by a guided tour of the building. We will conclude the evening with complimentary refreshments and a view of the ocean during a catered networking session on the Discovery Building rooftop. Bring a sweater or coat in case it gets chilly - no heaters will be available!
Register now to attend this exciting case study and site tour that highlights how Open Building principles were incorporated into the Discovery Building and how those principles can be used to design other buildings.
Free parking is located on campus at 600 Olympic Blvd.
Thank You To Our Event Sponsor 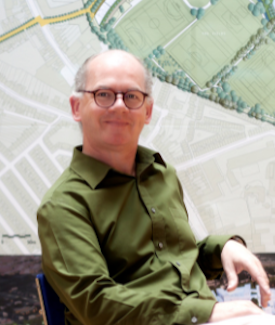 In 2007, James Mary O’Connor, FAIA, received the American Institute of Architects Young Architect Award, cited as “a virtual ambassador for American architects, he brings excellence, humanity, and honor to his profession.” Born in Dublin, Ireland, James came to Charles Moore’s Master Studios at University of California, Los Angeles in 1982 as a Fulbright Scholar. James received his Master of Architecture from UCLA, his Diploma in Architecture from the Dublin Institute of Technology, and his Bachelor of Science in Architecture degree from Trinity College, Dublin. He joined Moore Ruble Yudell in 1983. As Principal-in-Charge, James has provided design leadership for several award-winning residential, academic and mixed-use urban projects. International work has become a focus, with large-scale housing and planning projects in Sweden, The Philippines, Japan, and several areas of China. A recent prominent project is the competition-winning Grangegorman Master Plan in Dublin, Ireland. Additional award winning projects include the new campus master plan for Shanghai Tech University in Shanghai, China and the Providence Saint John’s Health Center South Campus Master Plan in Santa Monica, California. Over the past 25 years, James has taught design studios, lectured, and been invited as guest critic at universities around the world. He is a Fellow of the American Institute of Architects and a Registered Architect in the State of California.
View in Member Directory Will open in a new window 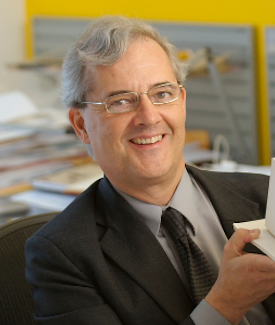 John Dale has been designing educational environments for 25 years. In 2007, he was named a Fellow of the American Institute of Architects for this focus. He creates sustainable, high performance learning environments that are widely recognized models for innovation. He advocates lowering the carbon footprint of school facilities by designing them to continuously facilitate change. As Principal and Los Angeles Pre-K12 Studio Leader with HED, John’s projects have been honored with numerous awards at national, state and local levels. He has taught at USC, MIT, UCLA, Cal Poly, Pomona and participated in symposia, design reviews and competition juries. His articles and projects have appeared in books and journals, including Green Technology Magazine, LA Architect, Learning by Design, Spazio e Società, Architectural Record, Fast Company, Faith & Form, Transitions 19 and the LA Forum for Architecture and Urban Design. John chaired AIA’s Committee on Architecture for Education (CAE) in 2016 following four years with the leadership group. He is a member and Past-President of the Board of the A+D Museum, Los Angeles; serves on the Advisory Board of the Armory Center for the Arts, Pasadena and advises Abode Communities, Los Angeles. John is President and Co-Founder of the Council on Open Building (www.councilonopenbuilding.org).
View in Member Directory Will open in a new window Carey Upton is the Chief Operations Officer with the Santa Monica – Malibu Unified School District where he oversees Facility Improvements, Maintenance & Operations, and Facility Use. Though his journey to supervising school facilities might seem unconventional, his extensive experiences have led to a passion for engaging learning environments. Carey has directed, designed, produced, and stage managed over 400 theater productions at major regional theaters. He was an Artist in Residence as part of the award winning Shakespeare & Company arts education program. Carey was a Lecturer at University of Maryland, College Park where he co-directed the Whole Actor Research Project that combined the arts, humanities, social sciences, and physical science to develop new practices of understanding human learning and teaching acting. Carey’s writing can be found on his blog: Creating the 21st Century (http://creatingthe21stcentury.blogspot.com/)
View in Member Directory Will open in a new window 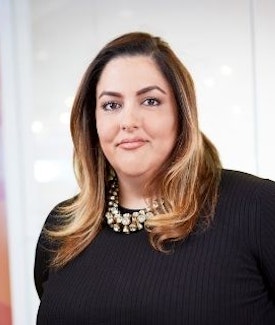 Principal and Director of Corporate Brand Strategy at CRTKL, has centered her twenty-plus year career at the nexus of design thinking and business strategy. Bee works to fuel CRTKL’s top-line growth, strengthen market position, and ensure relevancy in an evolving marketplace. Bee is an articulate thought leader fostering professional partnerships within the built environment. At the project level, she leads stakeholder facilitation, removing barriers between and curating partnering sessions to focus on strategic alignment, goal and vision setting, and team dynamics to ensure a successful project. She currently serves on the board of directors of the Southern California Development Forum, Council on Open Building, USC Architectural Guild Board, and the USC Economics Leadership Council. She is an active member of the Society for College and University Planning and the Design-Build Institute of America.
View in Member Directory Will open in a new window 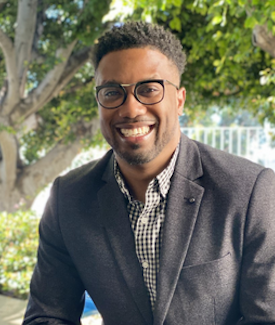 Antonio Shelton wholeheartedly believes that the day you stop learning is the day you die, and he has brought that philosophy to Santa Monica High School, where he was appointed Principal in 2016.. Those who attended Indian Hill High School in Cincinnati, where he was was principal for 10 years, have referred Shelton as funny, kind and an all-around great person. He has been excited to relocate to the west coast from Ohio to engage in the transformation of ‘Samohi’. Shelton went to Hampton University in Virginia, twenty minutes away from where he grew up in Louisa County and earned a bachelor’s degree in history. He then went on to graduate school at Ohio State University to get his teaching license, and later returned to get a masters degree so he could become a principal at the University of Cincinnati. He completed his Doctor of Education in Educational Leadership and Administration in 2009.
View in Member Directory Will open in a new window