Register Yourself Register Two or More
View Event Attendees
Destination Crenshaw is a new model of community engagement and partnership for future development projects
Conceived in response to one of the most controversial investments being made in South (Central) Los Angeles - the $2 billion-dollar Metropolitan Transportation Authority’s Crenshaw/LAX Line - this light rail line will bifurcate the most important commercial corridor in South LA.
Already suffering from nearly 50 years of economic distress and disinvestment since manufacturing and White flight began in the 1970s, South LA’s already challenged local business ecosystem was severely disrupted by the massive Crenshaw/LAX Metro line construction and the subsequent permanent removal of 300+ street parking spaces and 400 mature trees. Metro’s multi-year construction was particularly disruptive to business because it has been at street level rather than underground as with other major commercial corridors. The removal of the trees has exacerbated the heat, air pollution, and pedestrian safety on the corridor.
Led by LA City Council Member Marqueece Harris-Dawson, members of the Crenshaw community, and lead architects at Perkins&Will, Destination Crenshaw provides new sidewalks, 30,000 new square feet of landscaping, culturally stamped street furniture (including outdoor seating, shade structures, bicycle racks, and wayfinding signage), ten pocket parks, 800+ trees, and 100+ public art works and exhibits (including monuments, statues, murals, and digital stories). 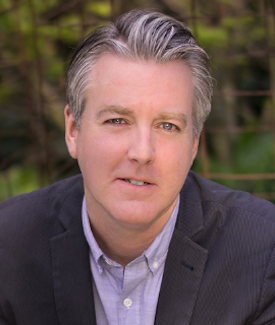 Christopher Hawthorne is the Chief Design Officer for the city of Los Angeles, a position appointed by Mayor Eric Garcetti. In this role he develops new initiatives and provides design oversight related to architecture, urban design and planning, and public art across the city. Prior to joining City Hall, he was architecture critic for the Los Angeles Times from 2004 to 2018. He is the author, with Alanna Stang, of The Green House: New Directions in Sustainable Architecture (Princeton Architectural Press). His writing has also appeared in the New York Times, Washington Post, New Yorker, Architectural Record, Harvard Design Magazine, and many other publications. Hawthorne is Professor of the Practice, with an appointment in the Department of English, at the University of Southern California's Dornsife College of Letters, Arts, and Sciences, where he directs the Third Los Angeles Project, a series of public conversations about architecture, urban planning, mobility, and demographic change in Southern California.
View in Member Directory Will open in a new window 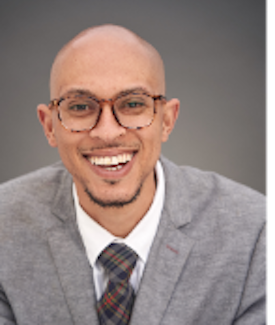 Prior to joining Destination Crenshaw, Jason served as the Director of Strategic Partnerships at River LA, the organization charged with improving and revitalizing communities adjacent to the 51-mile stretch of the LA River. Jason helped to build the nonprofit organization from its inception. He developed the organization's partnerships philosophy and spearheaded programming for River LA’s strategic partnerships. Jason worked closely with community partners, corporate representatives, and residents to grow the civic pride and social responsibility surrounding the LA River. Before moving to Los Angeles, Jason worked as a Project Manager for Impact Brooklyn (previously Pratt Area Community Council) in Brooklyn, New York. Prior to construction management, Jason worked as a community organizer and was involved in campaign policy strategy and coordination. Jason holds a B.A. in Business Administration, Finance from Howard University, and is a member of Alpha Phi Alpha Fraternity Inc. (Beta Chapter), a founding member of Beta Chapter Alumni Association (501(c)3) and the Beta Chapter Investment Club. Jason also holds an MBA from the Metropolitan College of New York where he focused his studies on community redevelopment and small business incubation.
View in Member Directory Will open in a new window 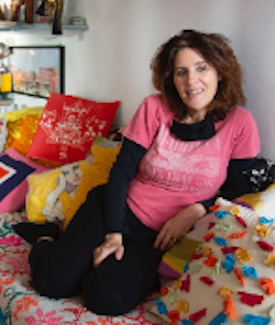 Frances Anderton covers Los Angeles design and architecture in print, radio, podcasts and public events. She is currently writing a book, “Common Ground: Multifamily Housing in Los Angeles,” for Angel City Press. Anderton also programs talks, exhibitions and events at Helms Bakery District. For many years Anderton hosted DnA: Design and Architecture radio show, and before that Warren Olney’s current affairs shows Which Way, LA? And To The Point, all broadcast on KCRW public radio station. She produced and co-hosted the radio series Wasted: Neat Solutions to the Dirty Problem of Waste, aired in early 2021 on KCRW's Greater LA. She curated Sink Or Swim: Designing For a Sea Change, about resilient architecture, shown at the Annenberg Space for Photography. She is the writer for Rodeo Drive: The Podcast, stories about art, fashion and entertainment. Honors include the 2020 ICON Award from the Los Angeles Design Festival.
View in Member Directory Will open in a new window 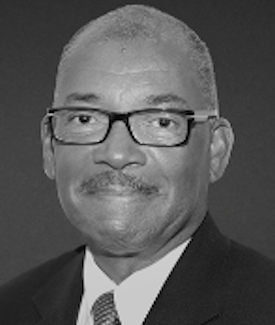 Drake Dillard, a registered architect in Perkins and Will's Los Angeles practice, has made significant architectural contributions to Black Los Angeles. He designed the Charles R. Drew University of Medicine & Science in South Los Angeles - the only historically black graduate institution west of the Mississippi and only one of the handful of Los Angeles landmarks designed by a Black architect. He advocates tirelessly for diversity in his profession and mentors people of color pursuing their dreams of becoming architects. Actively involved in numerous community and industry organizations, Drake currently serves on The Crenshaw Design Review Panel, as a Commissioner for LA County, and as Board Chair of the Crenshaw Family YMCA. He is a member and past National President of The National Organization of Minority Architects (NOMA) and a past Board Director for the Los Angeles Chapter of the American Institute of Architects (AIA LA). He earned his Master of Architecture degree from Howard University and his Bachelor of Science degree in architecture from the University of Illinois and is a member of Omega Psi Phi Inc. public service fraternity.
View in Member Directory Will open in a new window

Please read our most recent update.

CicLAvia turns public streets into public parks for a day. Though unconventional, CicLAvia is a “best park” with enormous reach and impact.

Thank you for making the ULI-LA’s March 4, 2020 “Confronting the Land Use Challenges to Housing the Homeless" an overwhelming success.

Please see our most recent update regarding virtual programming and our response to COVID-19.