Register Yourself Register Two or More
View Event Attendees
Join ULI-LA as we (virtually) tour Exposition Park, where recent and ongoing projects are transforming the area and inspiring further investment and development.  The recently approved master plan improves connections to the surrounding community and adds more than 14 acres of street-level green space to the Park, which has undergone significant transformation with construction of the LA Football Club Bank of California Stadium and the ongoing construction of the Lucas Museum of Narrative Art. The tour will shed light on the inspiration behind the master plan and other upcoming Exposition Park projects, and drive discussion on how they may influence the surrounding community. 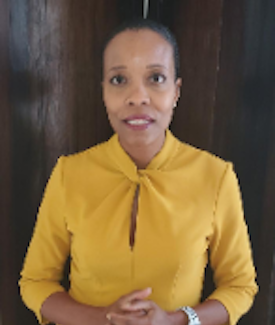 Germonique Ulmer is the Managing Director of Social Impact for the Lucas Museum of Narrative Art in Los Angeles where she drives the museum’s community engagement, audience development and government affairs efforts. As a public affairs professional with deep commitment to building stronger communities, she has spent her career working to advance equality and justice for national nonprofit organizations and local government. While serving as vice president of public affairs at the National Trust for Historic Preservation, Germonique led communications strategies demonstrating the unique role older buildings play in thriving local economies. She has media trained social justice leaders advocating for economic and immigration reform while with the Center for Community Change and as the deputy press secretary in the executive office of the former Mayor of DC, she had a front row seat to significant redevelopment and economic growth of our nation’s capital. Germonique has served on a number of nonprofit boards, was a founding board member of a DC public charter school, and is a guest lecturer. She holds a B.A. in Broadcast Journalism and Film from the University of Georgia and a M.A. in Journalism and Public Affairs from American University.
View in Member Directory Will open in a new window 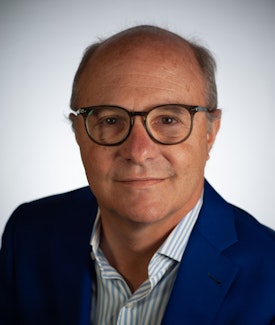 Neal I. Payton, FAIA, is a Managing Principal Torti Gallas and Partners, Inc. where he created and directs the firm's West Coast office in Downtown Los Angeles. When he isn’t leading the Master Planning efforts for California’s iconic Exposition Park, he is focused on the infill and refill of cities and towns, and particularly on Transit Oriented Communities. Neal also leads the office's efforts at designing and entitling the residential and mixed-use buildings in urban and urbanizing locations. Before arriving in California, he co-directed Torti Gallas’ Urban Design efforts in their Washington, DC area office. Neal's efforts have been honored with multiple times with national awards for Urban Design from the American Institute of Architects, the Congress for the New Urbanism, and the Urban Land Institute, among other organizations. Neal has a Bachelor of Architecture from Carnegie Mellon University and Master of Architecture from Syracuse University.
View in Member Directory Will open in a new window 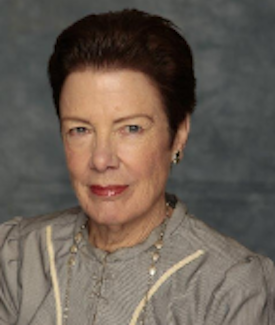 From 2011-2015, Billie Greer served as President of the Southern California Leadership Council, a non-profit, non-partisan organization, where she worked closely with three former California Governors – George Deukmejian, Pete Wilson and Gray Davis – along with Southern California business and community leaders to address and resolve public policy issues critical to the region’s economic vitality. With 30 years of experience in the public affairs arena as an advocate and community leader, Billie Greer served as Director of Governor Schwarzenegger’s Los Angeles regional office and a member of his senior staff from 2004 – 2010. In 2010, Governor Arnold Schwarzenegger appointed Billie to the Exposition Park & California Science Center Board, and Governor Brown subsequently reappointed Billie to this Board which oversees Park operations Earlier in her career, Billie was an executive with the consulting firm of Braun & Company/Braun Ketchum and subsequently co-founded and served as president of Greer/Dailey, a LA-based public affairs consulting firm, which helps for-profit and non-profit clients facing land use and environmental challenges meet their objectives. Active in the community, Billie is a trustee of the Lowe Institute of Political Economy at Claremont-McKenna College and serves on the Board of Directors of the Television Academy Foundation and The Actor’s Gang. She has been honored by several organizations including the Downtown Women’s Center, which celebrated Billie as its Community hero. Billie was inducted into the National Association of Women Business Owners/LA’s Hall of Fame, and she has been honored by several other organizations including A Place Called Home, LA Bio Med, the San Fernando Valley Business Journal, the Black Business Association of Los Angeles, Alternative Living for the Aging, Asian Architects and Engineers Association, and the Los Angeles African American Public Policy Institute, among others. Billie is a great-grandmother and rides with a Harley-Davidson group nearly every Sunday.
View in Member Directory Will open in a new window

Please read our most recent update.

CicLAvia turns public streets into public parks for a day. Though unconventional, CicLAvia is a “best park” with enormous reach and impact.

Thank you for making the ULI-LA’s March 4, 2020 “Confronting the Land Use Challenges to Housing the Homeless" an overwhelming success.

Please see our most recent update regarding virtual programming and our response to COVID-19.

Online
This webinar will be hosted by Zoom.
UNITED KINGDOM